I thought I’d share a link to a story I read on the radio a couple years ago. “Erasing Sonny” has appeared in print in a few anthologies, details under my Resume tab. Chief among them was Men on Men 2000, which won a Lambda Literary Award.

Kelly McQuain Reading on LIVE at the Kelly Writers House

LIVE at the Writers House is a long-standing collaboration between the Kelly Writers House and WXPN FM (88.5). Six times annually between September and April, Michaela Majoun hosts a one-hour broadcast of poetry, music, and other spoken-word art, along with one musical guest, all from our Arts Cafe onto the airwaves at WXPN. 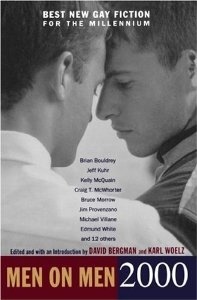 1 thought on “From the Archives: “Erasing Sonny” excerpt”